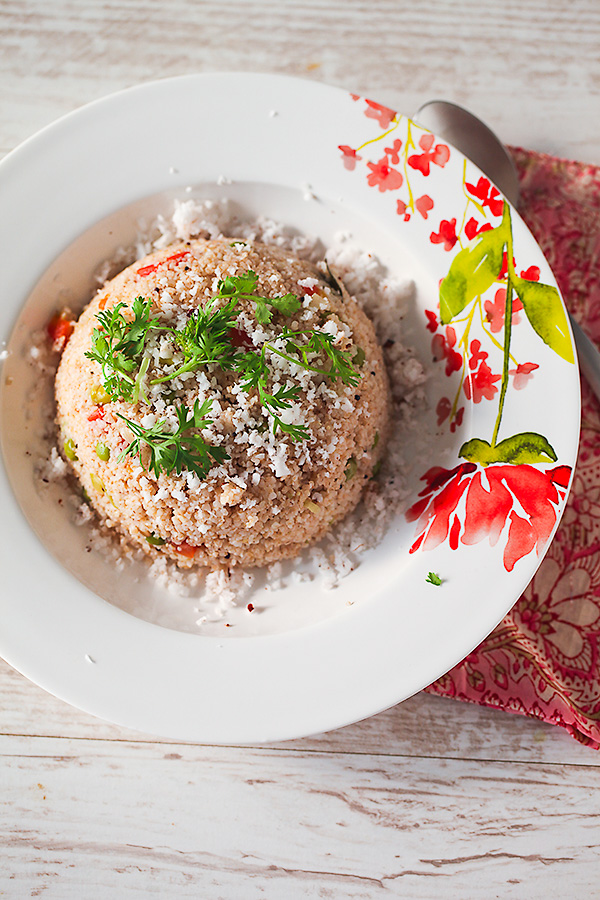 We are already approaching the last week of the first month in the new year. There are so many recipes, that I have been wanting to share with you, with some of them already shot and sitting inside the Divine Taste folder in my hard disk. And why I haven't been able to share them last year is because I have been busy giving exams.

Since I get a lot of nutrition related queries, I decided to do my post graduate diploma in Nutrition and Dietetics and I'm happy to announce that I'm now armed to give nutritional advise. Apart from modern nutrition and dietetics, I also studied Ayurvedic diet and nutrition known as Ayurved Ahar Vigyan. This in depth study gave me a lot of insights and served to quench my curiosity towards all things food and nutrition. Professionally, getting my degree has been the single biggest achievement of 2017.

It is simply amazing how this space of mine has led me to grow as a person and added so many dimensions to my personality. It was my love for food which led me to explore my dormant passion for photography and now both these aspects of my life have added a third dimension- nutrition, based on the age old science of Ayurveda in tune with modern nutrition. 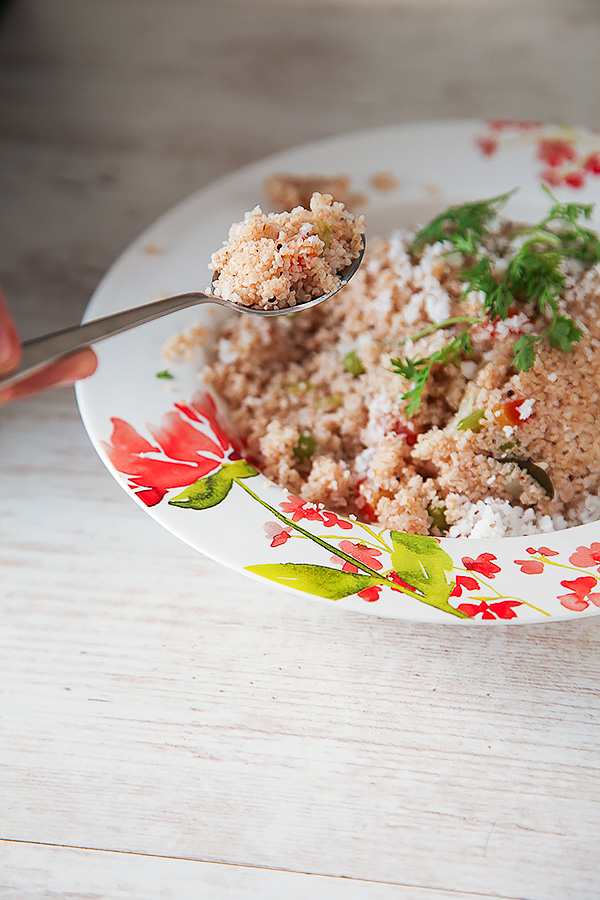 Although it cringes my heart that this post has been long over due and is only happening now, I'm happy to start 2018 with a recipe featuring one of my new favourite ingredients. Although emmer wheat is new to me, in reality it is an ancient grain having been cultivated for thousands of years. Emmer, along with Einkorn and Spelt is one of the three varieties of heirloom grains which are also known as "farro" in Italy. Emmer wheat is known as Khapli wheat and Samba wheat in India. 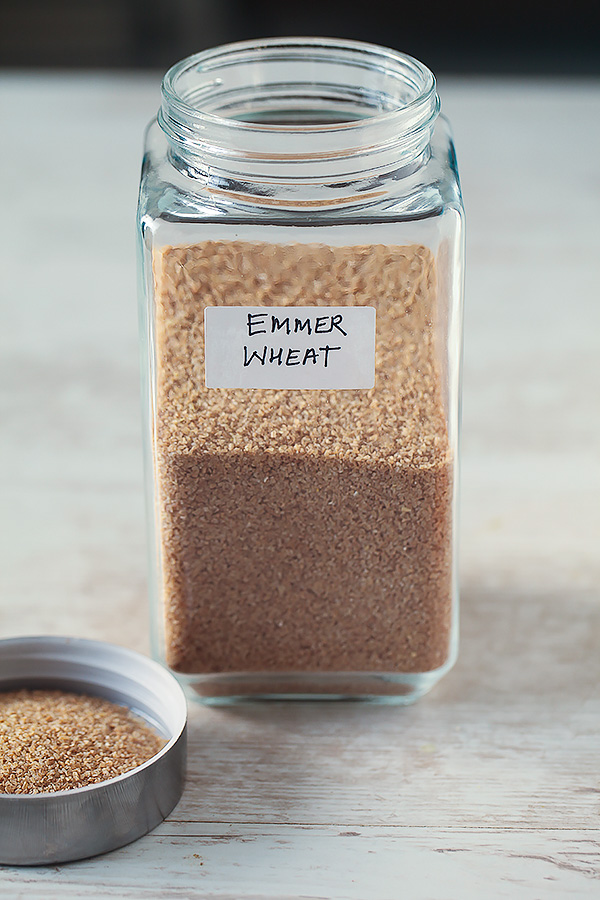 Emmer (botanical name Triticum dicoccum) is rich in fiber, protein, magnesium and other vitamins. When combined with dals/legumes Emmer wheat is a complete source of protein making it excellent for vegetarians. 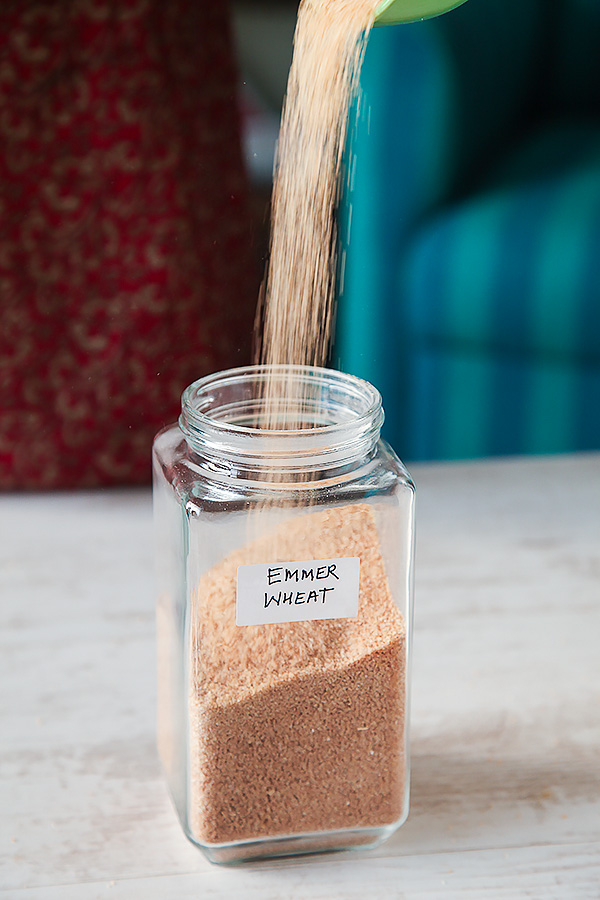 I have been told that Emmer wheat flour is better than regular wheat flour due to it's stickiness and it gives breads, puris and rotis great taste and texture and can replace refined white flour or maida. I'm yet to experiment with emmer wheat flour though. 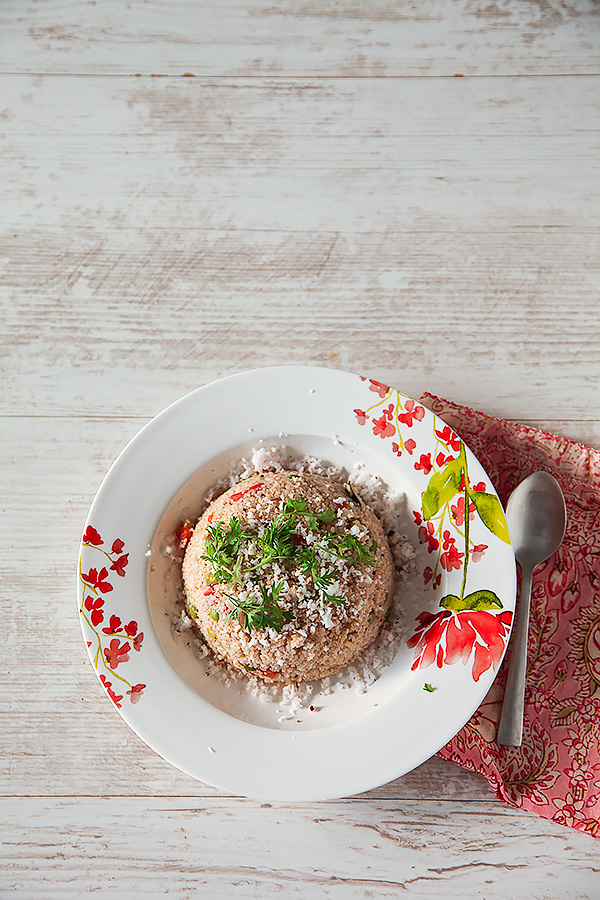 Emmer wheat has a low glycemic index and is great for diabetics too. And because it has low gluten content in comparison to regular wheat, it is easier to digest as well. Emmer is also richer in micronutrients like minerals, vitamins and antioxidants. That said, Emmer does belong to the family of wheat and although some people who are not tolerant towards modern strains of wheat are able to digest ancient wheat grains, it is best to avoid Emmer wheat if you are gluten intolerant or have celiac disease. 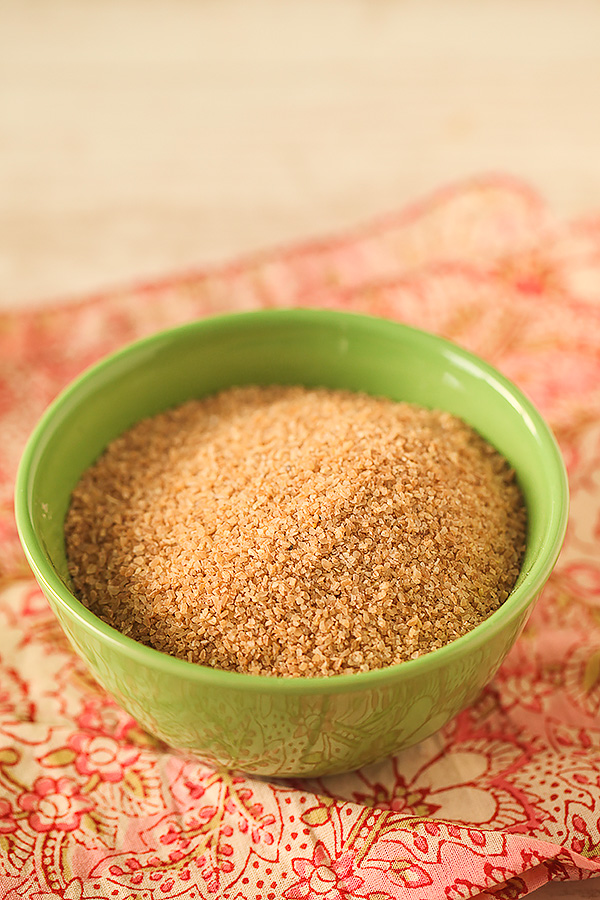 I love using Emmer wheat semolina to make upma, porridge and payasam. This upma made with Emmer wheat is simple to make and tastes delicious. You can make it with or without vegetables. If you are making it with vegetables, try using seasonal produce which will not only taste good but also have more nutritional elements. 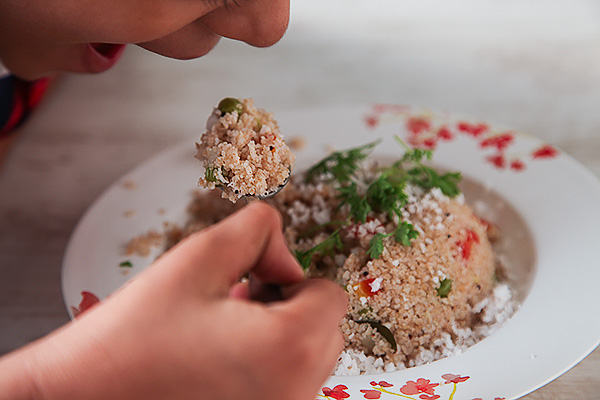 And before signing off, I would like to tell you that I have a lot of exciting things planned for this space in the near future. If there is any recipe, idea or anything else that you would like me to share or see it incorporated on this site which is going to be revamped soon, do let me know in the comments section below.

a sprig of fresh curry leaves

juice of one lime

In a pan or wok, heat the oil and once the oil is hot but not smoking, put in the mustard seeds. After the seeds start crackling add the green chilies and stir fry for a minute. Then put in the fresh curry leaves and after the curry leaves turn crisp (about 30 seconds) add the yellow asofetida, the chopped carrot, potato and green peas. Pour in ¼ cup water, turn down the heat, cover the wok or pan and allow it to cook.

In another saucepan, pour in the 3 cups of water and bring it to a boil.

After the vegetables are cooked and the water is completely absorbed, add the emmer wheat semolina and roast it well for 4 to 5 minutes.

After the semolina is nicely roasted put in the salt, sugar and the boiling water.

Add juice of 1 lime, ghee if using and the freshly grated coconut.

Lower the heat, cover and cook until all the water is absorbed and the semolina grains are nice and fluffy.