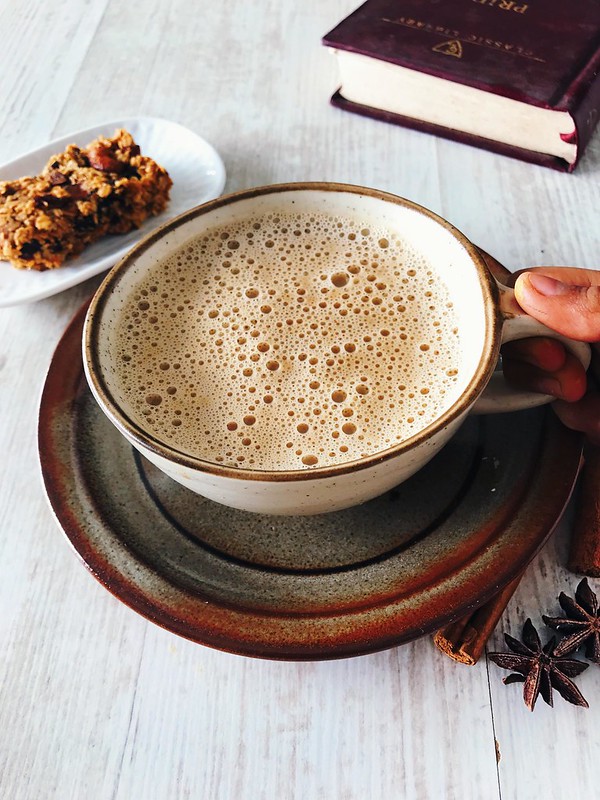 I donâ€™t drink tea or coffee. But I do savour hot milk flavoured with spices. Occasionally I drink masala chai made with caffeine free rooibos tea. And these days I like to drink a cup of caffeine free chicory coffee occasionally. 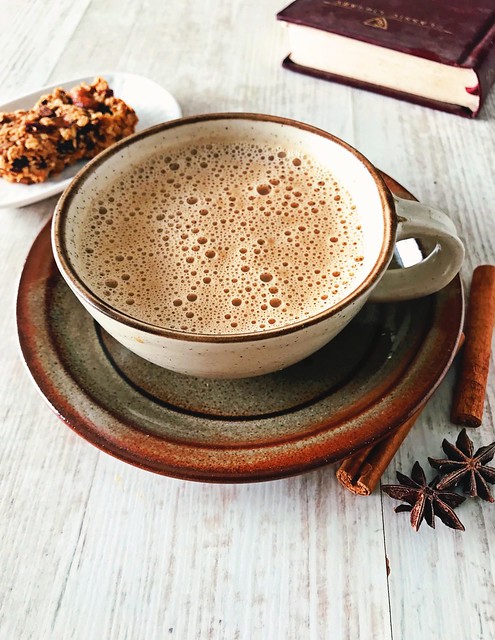 Chicory seeds gained popularity during the great depression and world war 2 when it was getting increasingly difficult to source coffee beans and afford them. Ground chicory seeds came to be a substitute for coffee beans, at times being a part of the coffee mixture and at times substituting them. 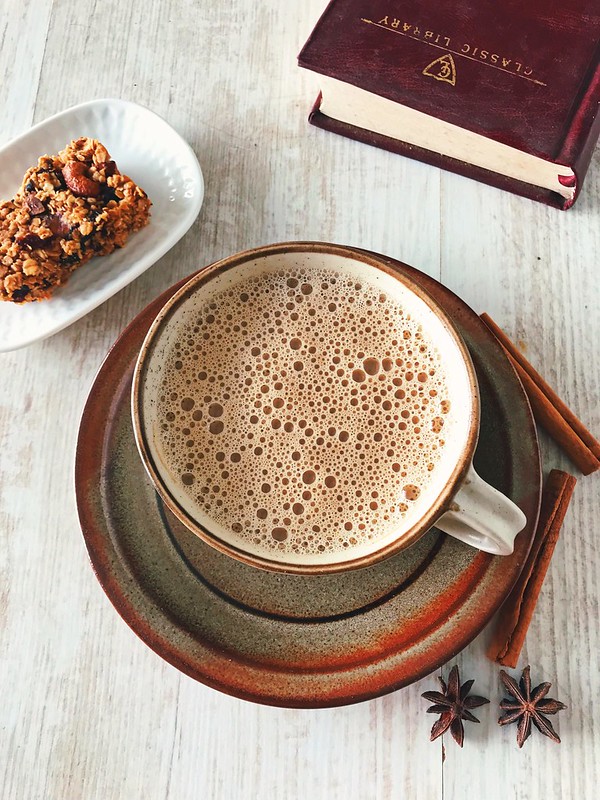 This drink made with chicory powder is great for people who like to avoid caffeine since chicory seeds are naturally caffeine free. And the spices like cinnamon and cardamom add a lot of depth and warmth to this drink.

According to Ayurveda, warm or hot drinks made with pure milk and spices are rejuvenating to the body. They are also good for people suffering from cold, cough, aches and pains. And the best part is that chicory root is good for Vata, Pitta and Kapha types of prakriti (constitution according to Ayurveda). 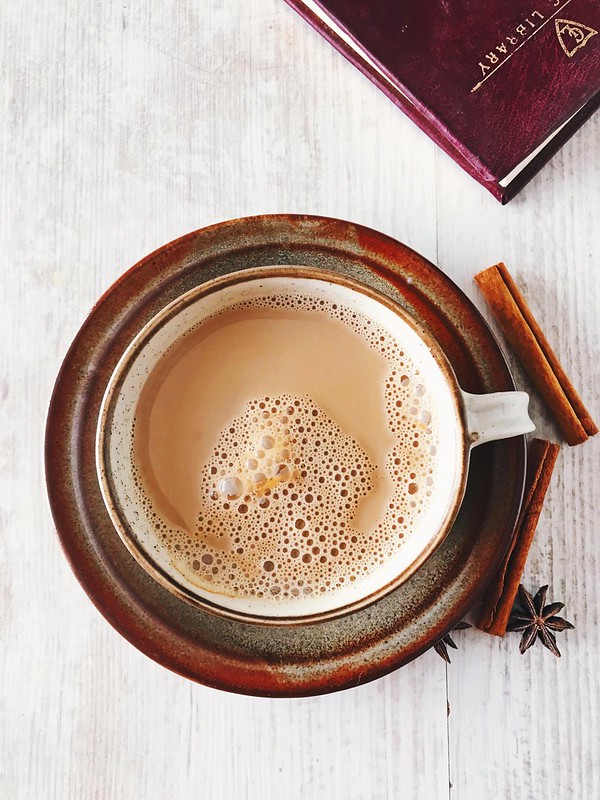 Coffee made with chicory root powder and spices, gives me warmth and revitalizes me. Do try it and enjoy its healing and calming properties.

I love to have plain chicory coffee most of the times, but on rare occasions it's nice to spice it up with some spices, depending on your mood and season of the year. See notes for ideas.Â

In a pan put in the milk, chicory powder, (star anise, cinnamon stick or powder and cardamom seed powder if using) and bring to a boil. Simmer for five minutes or until the flavours from the spices seep into the milk.

Add the sugar or sweetener of choice. Strain well and serve hot.

*You can also use any vegan milk or Â½ cup milk and Â½ cup water.

* In the winter season, you can add 1/4 tsp ginger powder to make a nice warming drink.

*Make sure you use roasted chicory powder to make this drink.