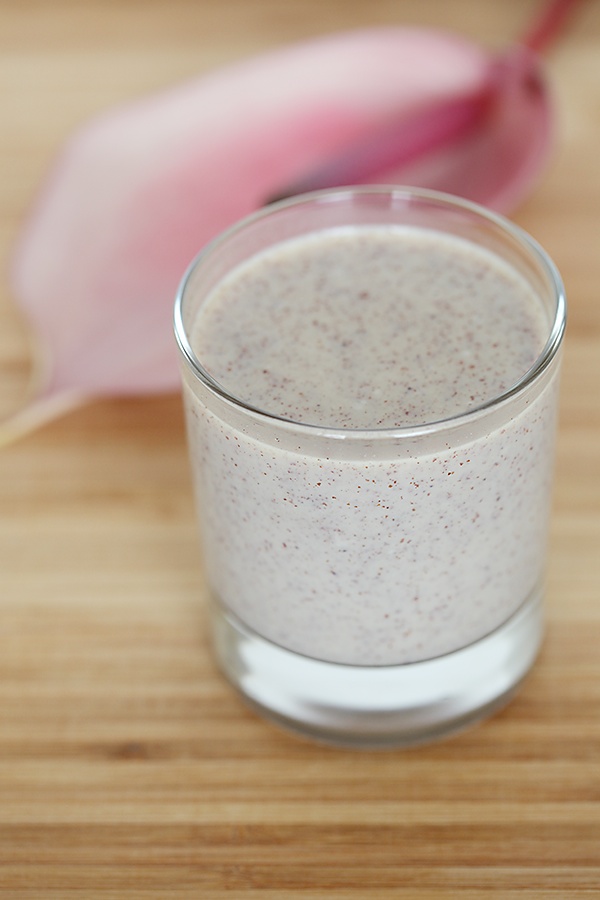 A few days ago, I went to visit this very erudite scientist, a friend of the family, who lives in the US but visits India twice a year. Since he happens to be a foodie, who relishes and appreciates good food to the core, I try to make something for him whenever we meet him.

And so I happened to take this porridge for him, only to hear from his assistant that he doesnâ€™t touch finger millet! And when I told him what I got, he made no bones about his apparent dislike towards this grain, telling me that in his childhood, his mother made this for him when he was sick!

It was with hesitation and skepticism that he took a spoonful of this porridge, not wanting to disappoint me, I presume. And then he took another sip trying to assimilate and ascertain the taste, like he would, his scientific dissertations.

After the third sip, his face lit up and he said: This is good! Infact very, very good! And that is when I realized that one can make people like most ingredients, depending on how you cook them.

And so folks, after a spate of decadent, rich and delectable treats, it is time for something healthy on divinetaste! 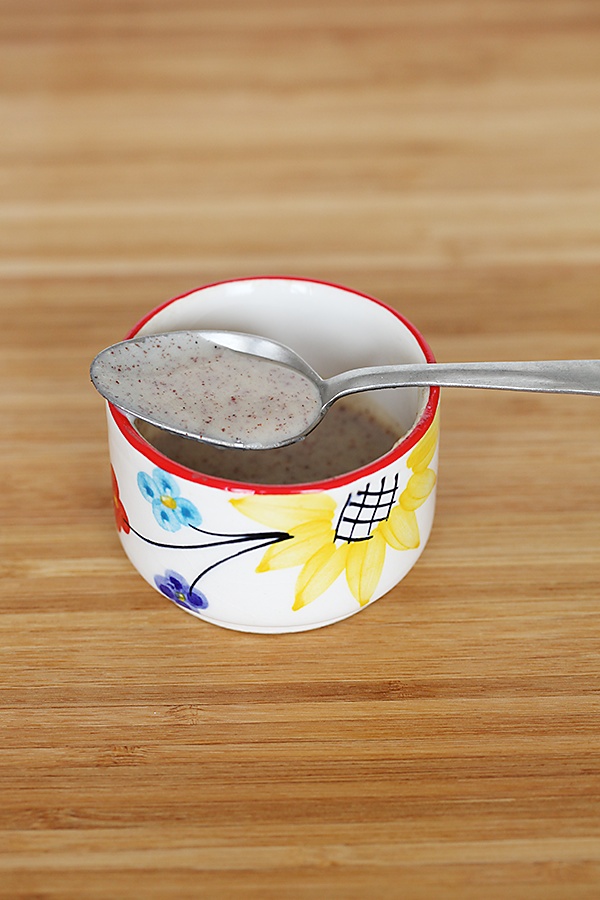 It so happens that all the birthdays and anniversary in our family of three happen consecutively within a span of three months, March, April and May. And thatâ€™s when you will see some of the best baked delights, emerge from my kitchen.

But, as a strong advocate of healthy eating, I like to balance the sugary treats with healthy delights.

I really enjoy cooking with millets these days and make a variety of dishes with them. They are naturally gluten free and brimming with vitamins and minerals. And if cooked in the right way, they can be delicious as well. 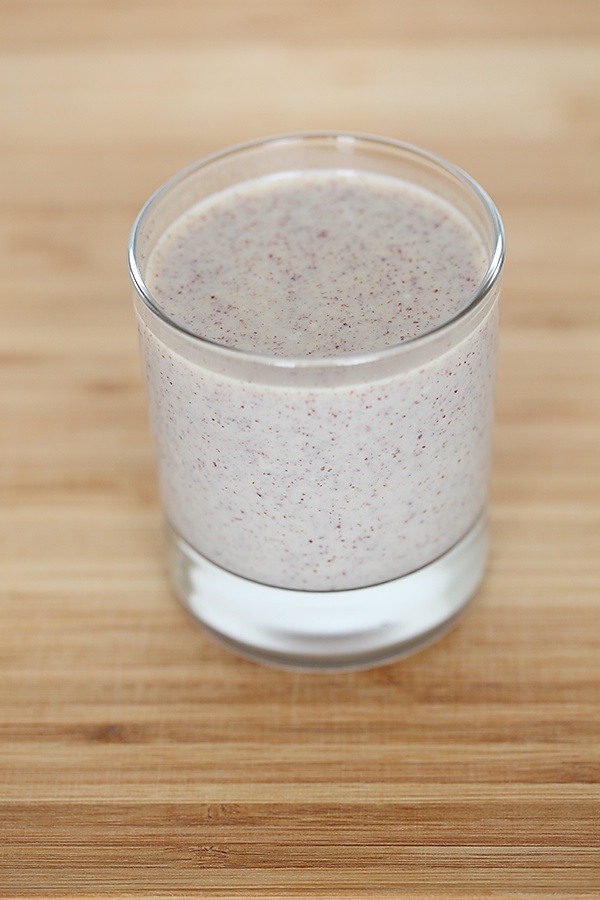 According to Ayurveda, finger millet is cooling to the body and this is ideal for a hot summer's day or for people who live in tropical climates. I make a variety of delicacies with finger millet flour. Dosas, rotis, cookies and this porridge. This has the most wonderful texture and a very unique, rustic taste to it. I have served this porridge to people across all generations, children, grown ups and the elderly and I have only got a thumbs up when I served this! 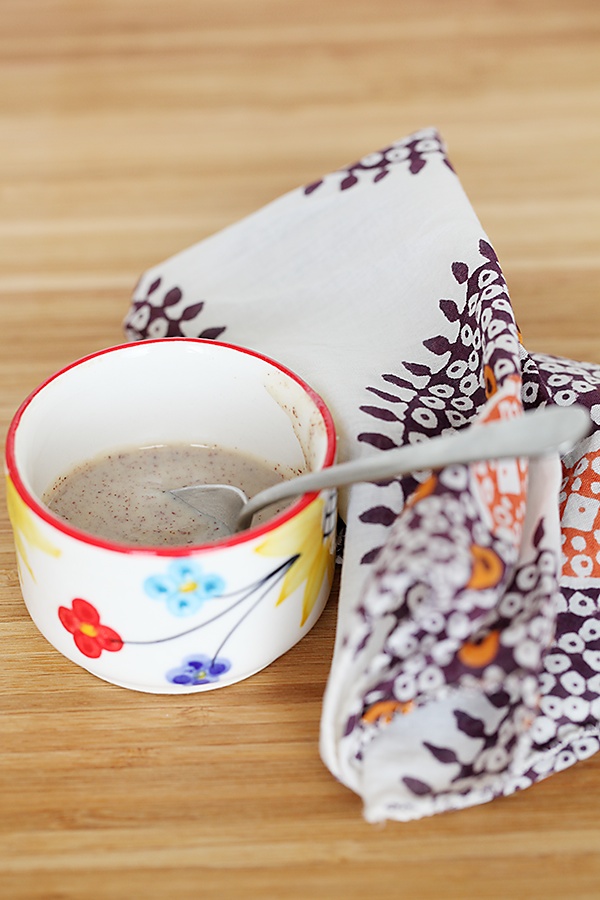 Finger millet, known as nachni or ragi in Indian languages is also gluten free and rich in calcium, iron, fibre and other nutrients. Knowing this gives me great consolation, because my son literally grew up on this wonderful grain as it is one of the main constituents of the homemade baby food I gave him rom 6 months onwards. 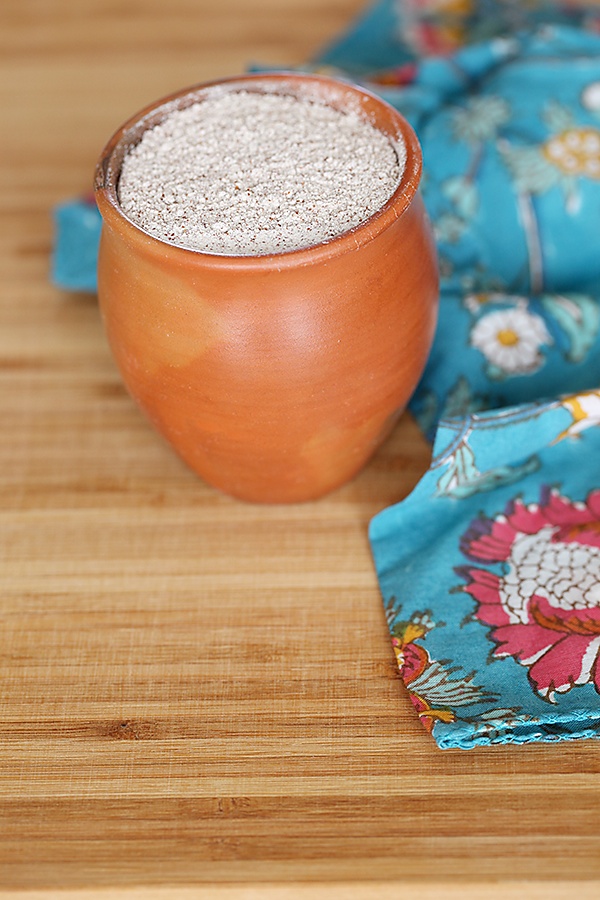 Despite being so nutritious and so good, it is sad that millet consumption is going down and the few farmers who are growing millets are battling many battles. It is quite surprising to note that finger millet consumption has come down even in states like Karnataka where ragi was one of the most popular foods.

In a world where rice and wheat happen to be the primary grains of consumption, it is time that we give old forgotten ancient grains a try. How about beginning with this recipe

You can adjust the consistency of the liquid or milk to get the desired consistency. Use more milk for a thinner consistency to serve as a drink.

cardamom powder made from the seeds of 2 cardamom pods

In a pan, put in the flour and roast for about 2 to 3 minutes. Turn off the heat and allow to cool down a bit.

Stir in the milk and mix well until there are no lumps.

Turn on the heat again and cook until the porridge becomes thick and acquires a creamy consistency.

Turn off the heat and mix in the jaggery and the cardamom powder.

Pour into cups or mugs and garnish with the roasted almonds.